When you’re in the mood for BBQ, head on over to The Ranch House for red chile, honey-glazed baby back ribs, green chile brisket, pulled pork, smoked chicken and more, including sides that’ll knock your socks off, from green chile slaw and cornbread to sweet potato waffle fries and BBQ beans.

Arguably serving some of the best BBQ in the region, The Ranch House is a relative of Josh’s BBQ, a one-room eatery in a Cerrillos Road mall opened by chef Josh Baum and his wife, Ann Gordon, in 2005. Soon, crowds were jamming the joint nightly so the couple closed Josh’s to open The Ranch House in 2011. Right from the start, The Ranch House has been the go-to place in Santa Fe for authentic smoked, grilled meats along with steaks, burgers, sandwiches and even New Mexican fare with a BBQ flair, including pork belly tacos with apple cider BBQ, green chile brisket burrito, and enchiladas with smoked chicken, green chile brisket and other fillings.

Housed in a spacious building that resembles…well, a ranch house, the restaurant’s rambling, airy rooms are outfitted with Native American blankets and spectacular mountain views. The food has earned rave reviews from local and national foods critics, including Frommer’s, which describes the red chile honey glaze on the baby back ribs as “the perfect blend of Texas and New Mexico flavors.”

Baum clearly knows his way around the kitchen. A graduate of the Le Cordon Bleu-affiliated Scottsdale Culinary Institute, he worked as a sous chef under James Beard award-nominated chef Martin Rios of Restaurant Martin. He honed his passion for smoking meats while spending some time with his uncle, who owns Steve’s Rib in Oklahoma City. “I went out there for a week and watched how he ran the business,” Baum says. “I helped him open another Steve’s Rib in Oklahoma City and then came back here.”

Baum created all the recipes at Josh’s BBQ and The Ranch House, and one of his favorites is his green chile cole slaw. “I don’t like cole slaw so ours is a little different from other places.” He also loves the grilled salmon dish, made with fresh Atlantic salmon and brown butter BBQ glaze and served with butternut squash puree and spinach.

But it’s the ribs that The Ranch House known for, Baum says. “We’re really proud of the steaks we use from Meyer’s Ranch in North Dakota. It’s a beautiful ranch, with certified humane treatment of the animals who are never, ever given hormones or antibiotics and are vegetarian fed.”

The Ranch House fare has been described as “American Cowboy Cuisine,” featuring slow-smoked dishes of generous portions and plenty of combo plates. There are also daily and seasonal specials, including the popular smoked prime rib. And for those in your party who may not be big BBQ fans, there are plenty of options, including an array of salads, jumbo coconut shrimp with a mango sweet chile sauce, and a New Mexico buffalo burger. If you don’t have enough time to relax and enjoy a meal, the restaurant offers a full menu of BBQ to go.

Dining at The Ranch House, you might start with a refreshing smoked pineapple margarita, a concoction of grilled, smoked fresh pineapple and agave tequila. If it’s Happy Hour, from 4 to 6 pm daily, savor the pulled pork or chicken sliders or chopped rib meat wonton tacos. Then, try The Ranch House Platter, a feast of brisket, pork, baby back ribs and sausage, along with the famous green chile cornbread and two sides. Or go for The Ultimate Burger, made with pulled pork, bacon, Hatch green chile, red chile honey glaze, Tillamook cheddar and green chile slaw. But be sure to leave room for dessert, because you won’t want to miss the Bourbon vanilla crème brûlée or chocolate peanut butter mousse.

In a large bowl, whisk together combine chile, cilantro, oil, vinegar, sugar and mayonnaise until smooth. Stir in cabbage until well combined and season with salt and pepper. Let sit at room temperature for 15 minutes before serving, or cover and refrigerate for up to a day.

All photographs used with explicit permission from The Ranch House. 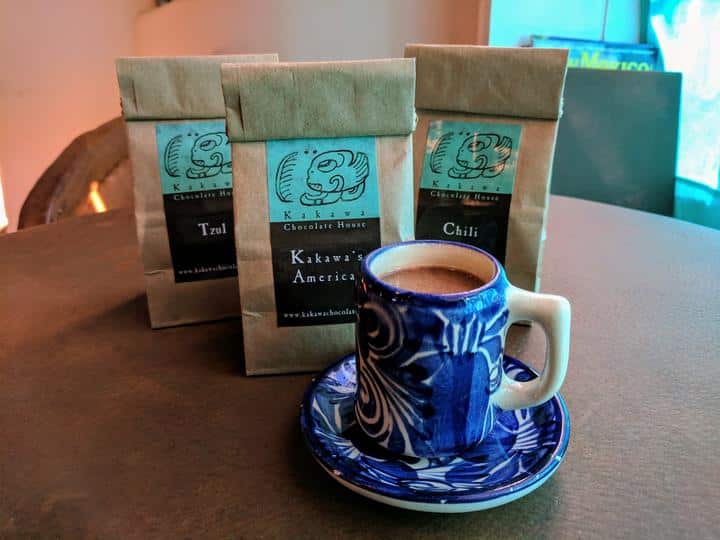 If you like Best Restaurants in Santa Fe | Bodacious BBQ at The Ranch House ...Check This Out