One of my “must-visits” in Santa Fe is Las Cosas Kitchen Shoppe and Cooking School in the DeVargas Center on Paseo de Peralta. The store is a cook’s dream! They have specialty gadgets and every type of pot, pan, griddle, coffee maker, china, glassware, and knife. There is always a “gadget of the month” and usually a sale on one of the top brands they carry.

In addition to the exceptional assortment of cookware, Las Cosas offers a monthly schedule of cooking classes. The cooking school was established about 25 years ago and is run by John Vollertsen, known as Johnny Vee. Johnny is a talented chef, creator, and super-fun cooking teacher. When you sign up for a class, bring your appetite, because Johnny believes in feeding his students — it’s a hands-on class! I’ve taken six classes with Johnny: He is very entertaining, and I always learn something new. (While you’re there, treat yourself to Johnny’s cookbook, Cooking with Johnny Vee: International Cuisine with a Modern Flair, and have him sign it for you.)

Classes are set up with a theme. A few that I have attended are Tasty Tacos & Edgy Enchiladas, New Mexico Combination Plate, Chile Rellenos Master Class, and Southwest Flavors Hot Off the Grill. Classes are held in the morning from 10 a.m. to 1 p.m. or in the evening from 6 to 9 p.m.

Each theme is broken down into no fewer than seven different recipes. There are dishes for every palate, with vegetarian and vegan options provided. Classes are kept on the small side, usually fewer than 10 people. Everyone preps and cooks a recipe or two, and everyone walks around to see what others are doing! Participants get to taste test and discuss the finished products. Johnny’s classes are truly interactive, and you certainly won’t walk away hungry.

You will, however, walk away with additional cooking knowledge, recipes to try back home, and a coupon for 10 percent off in Las Cosas that is good for one week.

I spoke with Johnny Vee about his career and how he came to be at Las Cosas Kitchen Shoppe.

My mom was not a very good cook, but I hung out with my maternal grandmother who was a terrific cook. She was a Methodist minister’s wife, and if you know anything about Methodists, we have a lot of potluck dinners at the church. From the time I could reach a table I would help at the dinners. Did you go to school to study cooking, or did you get into cooking by another route?

I have a two-year degree in restaurant management. I then went out and worked in a huge variety of restaurants and got most of my great training there.

How did you gain experience in cooking different styles/types of food?

It is such a good experience working in all kinds of ethnic eateries. French, Italian, Spanish, and others really train and educate your palate. I recommend that to all young chefs.

What brought you to Santa Fe and Las Cosas?

I moved from Rochester, New York, where I grew up, to New York City after college. I lived in New York City for eight years and then got hired to go to Sydney, Australia, in 1985 to work for a company that wanted to do American cooking as their cuisine. I was the front-of-house manager. First we featured Cajun, so I hired a chef from New Orleans to do the cooking. We decided to try Tex-Mex and Southwestern cooking as our next venture. So, I came to Santa Fe from Sydney to research the cuisine. I fell in love with beautiful New Mexico where I knew someday I would end up living. I moved to Santa Fe in 1993.

How long have you been the head of the cooking school at Las Cosas?

I began teaching cooking in Sydney and heard that the new owners of Las Cosas wanted to offer a cooking school in the store. I reached out to them, and they hired me to run the school. So, I came up with the whole concept and created all of the topics and recipes. We opened in March 1998!

How do you come up with the dishes/recipes and themes for each class?

I get recipes and topic ideas from a variety of sources: cookbooks, food magazines, food I have in restaurants, and also meeting other chefs. We also have been lucky to have customers in the store request certain topics that I am always happy to try. Do you use locally sourced ingredients?

Yes, as much as possible. We are also lucky to have a great market on Market Street that brings in local produce/products, etc. Especially chiles.

Do you have a lot of repeat students?

Did you write your cookbook, Cooking with Johnny Vee: International Cuisine with a Modern Flair, as a response to students in your cooking classes?

Yes. It was relatively easy to test recipes because I could take notes during class on recipes I planned to include in the book. I was approached by my initial publisher, Gibbs Smith, who had a second home here. He reached out to me knowing we had a built-in market with students and shoppers in the store.

Is it convenient to hold the cooking classes in a cookware shop? There is so much to choose from there.

It’s the best. My kitchen has all the best and latest cookware and equipment, and folks get to cook with the best and see why good equipment makes cooking a joy. We also will come to folks’ homes or rental units and do the class there: That accounts for 40 percent of my business.

Story and photography by Carol Witham

Celebrating Mother’s Day in Santa Fe | Heating It Up Has Mother’s Day sneaked up on you? You aren’t alone. With wildfire disasters all around us, it’s a little hard to stay focused on celebrations. We here at SantaFe.com are sending out best wishes to everyone who has been — or is potentially impacted — by these horrendous events. Plenty of restaurants around us are busy feeding firefighters, evacuees, and support personnel. Please keep all these folks in your thoughts. (See this story to learn how you can help those … Read More

Kitchen Angels Dine Out 2022 | Heating It Up DINING FOR GOOD: ANGELS DINE OUT, APRIL 21, 2022 KITCHEN ANGELS, BY THE NUMBERS 30 years. 1,800,000 meals delivered. 7,693 clients served. 4,000 volunteers. Wow! This is noble work done for three decades by one of Santa Fe’s beloved nonprofits, Kitchen Angels. The organization started in 1992. Three friends, Tony D’Agostino, Anna Huerik, and Aleise Sargent, realized that many homebound neighbors had no source for regular nourishing meals when they needed them most. The concerned threesome’s idea was fully embraced by the community, succeeding far beyond anyone’s expectations. The need for Kitchen Angels’ services, though, has continued to grow exponentially.

If you like Cooking Classes with Johnny Vee at Las Cosas Kitchen Shoppe ...Check This Out The New Mexico Department of Cultural Affairs (DCA) announces that as of May 16, 2021, the state’s eight museums and seven of its historic sites have reopened, allowing visitors to explore and learn more about the state’s rich heritage in person. View new exhibitions and revisit popular permanent collections at DCA’s museums and explore interpretive exhibits at our historic site’s visitor centers. For more information, including days and hours of operation at individual institutions, visit newmexicoculture.org. You can now visit: Coronado Historic Site … Read More 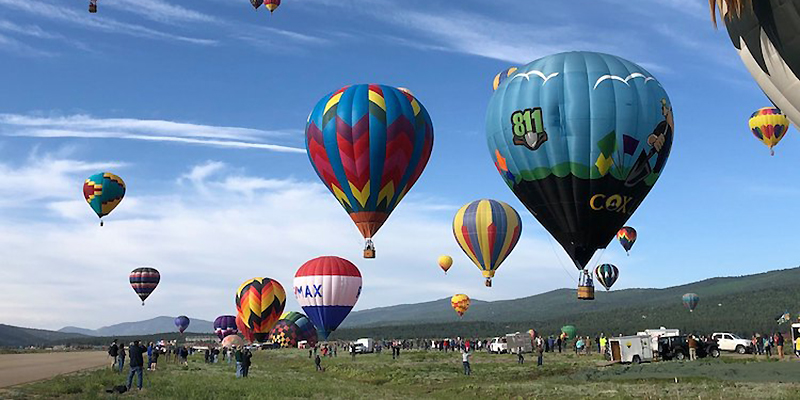 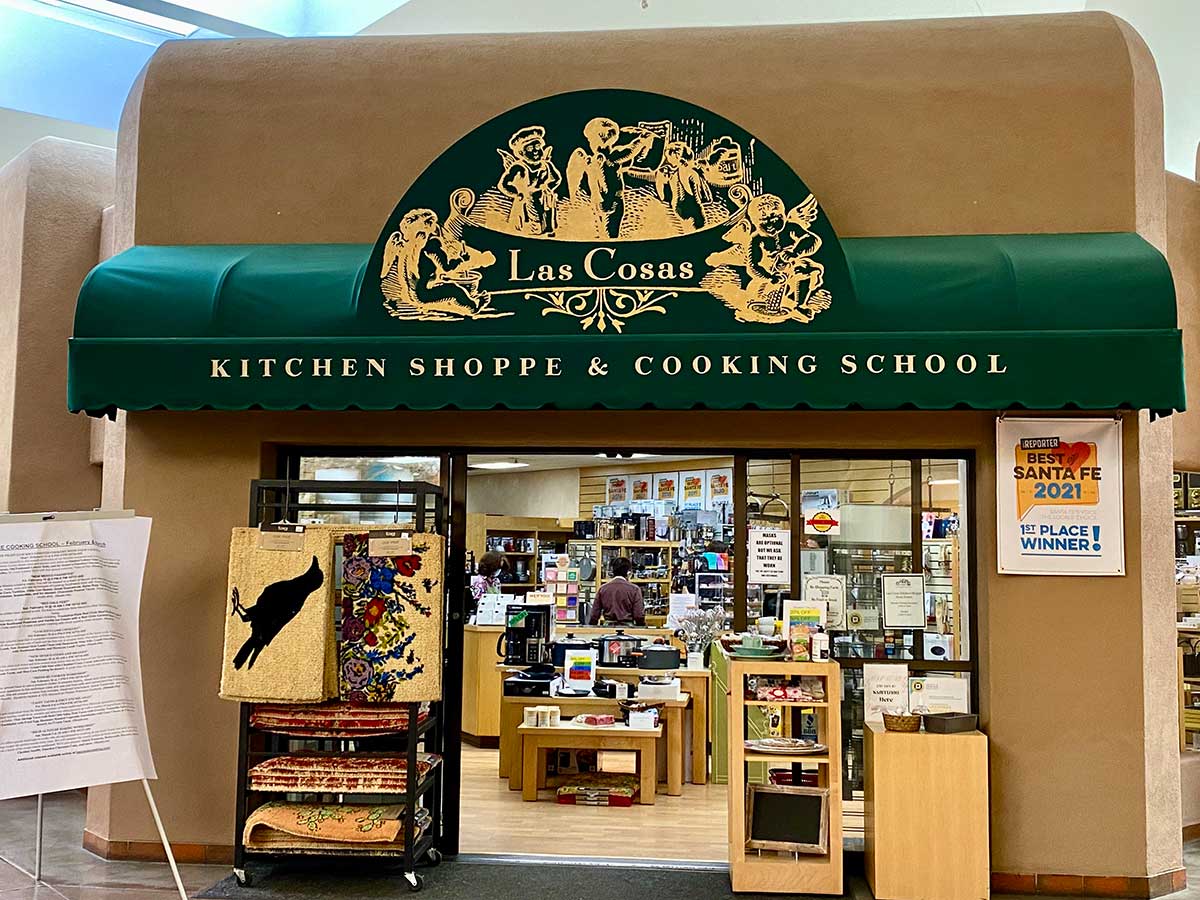 Karen Walker loves to bake and whip up desserts. Husband and retired oil executive Mike Walker always dreamed of owning a hardware store. Looking for a business to purchase when the pair decided to move to Santa Fe in the late 1990s, what could have been a finer match than a small kitchenware shop called Las Cosas? They immediately started putting their own stamp on it, relocating it from a sleepy end of DeVargas Center to the north side mall’s … Read More 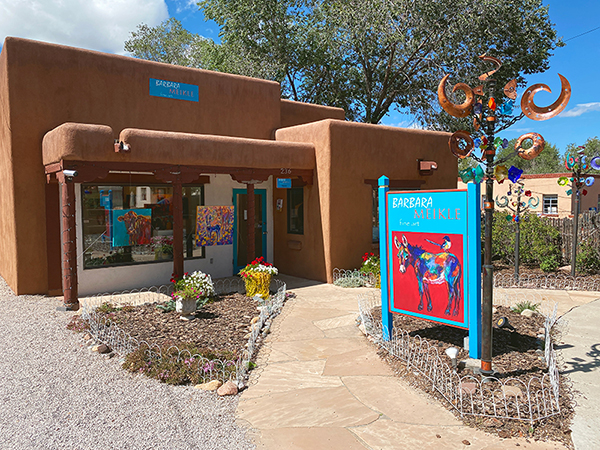