Happy first anniversary to Pranzo Italian Grill. OK, some of you will be saying, “Hey, don’t I remember Pranzo from the ‘80s, or ‘90s, or 2000s?” Well, that would be right, too. Founded in 1987, the original Pranzo had a long and beloved run in Sanbusco Center, now home to the New Mexico School for the Arts. Pranzo went on hiatus for a handful of years while Chef Steven Lemon and his wife, Sarah, looked for a new location that again would allow them to offer well-priced “casual fine dining.” The reincarnation of the restaurant came in August 2021, in the adobe on Johnson Street at Guadalupe that housed Shohko Café for many years. When the Shohko folks called it quits, the Lemons knew they’d found the spot to bring back their baby. The old building was in sore need of a utilities upgrade but also went through quite an interior transformation. There are now multiple sleek dining rooms, private dining space, and a handsome bar in the center of it all. This time of year, diners can opt for the new patio, surrounded by planters full of vegetables. Beyond the patio, there’s parking for at least a dozen cars, a welcome amenity in this downtown area. While plenty of visitors to Santa Fe find their way here, Pranzo really serves the local community. Prices are easy enough to attract families, too.

When dining here with a group of friends, I like starting with the fritto misto. It includes several types of lightly battered and fried seafood served with both a piquant arrabbiata sauce and lemony aioli. The charcuterie platter, which includes some house-made pickles and spreads, works well for sharing, too. Theoretically, one could also share the beautiful thin-sliced pear antipasto, accompanied by a ball of velvety burrata, pear brodo, and fried almonds, but I keep this one for myself. As the weather cools down, try a big bowl of sous chef Eleazar’s vegetable soup, a hearty minestrone with a scoop of polenta smack in the center.

The core of the Pranzo menu is pizza and pasta. In each case, diners will find expected combos, but there are always seasonal options to consider. Just last week, I enjoyed a pie topped with mountain porcini mushrooms, along with ribbons of tender zucchini, mozzarella, and garlic puree. I’m a fan of the norteño, with pepperoni and roasted jalapeños. With the pastas, I often return to the linguine with clams, or pillowy ravioli, filled with spinach and ricotta, afloat in sage-scented cream.

Entrees roam broadly. Eggplant Parmesan’s a classic fave, as is the San Francisco seafood stew, cioppino, properly enriched with tomatoes and vino. Creamy white beans accompany the long-simmered lamb shank, and a seared ribeye gets a drizzle of balsamic reduction and gnudi on the side.

Along with a well-priced wine list, there are craft beers and a full cocktail list. Try one of the Negroni variations, such as the Shoko with Roku Japanese gin, paying homage to the building’s longtime tenant, or the cleverly named Chef Lemon Drop. During the daily 4 to 6 p.m. happy hour, $2 is knocked off all beer, wine, spirits, antipasto, and pizza, a great deal.

I’m one of the people who remembers Pranzo from its original nascent days. Early in its tenure, Chef Steven was hired to run the kitchen. One of my strongest memories from back then is the Christmas parties Pranzo hosted for many years for “Bigs” and “Littles” participating in Big Brothers Big Sisters of Northern New Mexico. Not only did everyone get a Pranzo lunch and a present from Santa, but then all of the many “Littles” made pizzas with Chef Steven. Every beaming kid got to take home their pizza for a later meal. The BBBS organization eventually outgrew the size of the restaurant, but Steven’s still involved with them all of these years later. That’s pretty swell, as is knowing the chef was able to purchase the restaurant in which he came of age.

Reservations are also on opentable.com Peach Crisp Recipe | Heating It Up It’s a luscious year for peaches around Santa Fe and north to Palisade, Colorado, home of legendary stone fruit. If you haven’t yet discovered the Palisade Peach Guy, whose tent is right beside Piccolino restaurant on Agua Fria, get over there right away. His crew is there every day through the season, starting at 8 a.m. I’m using peaches in everything. Well, sometimes, they’re the meal, simply eaten out of hand over the sink, juice running down my wrist. Other … Read More 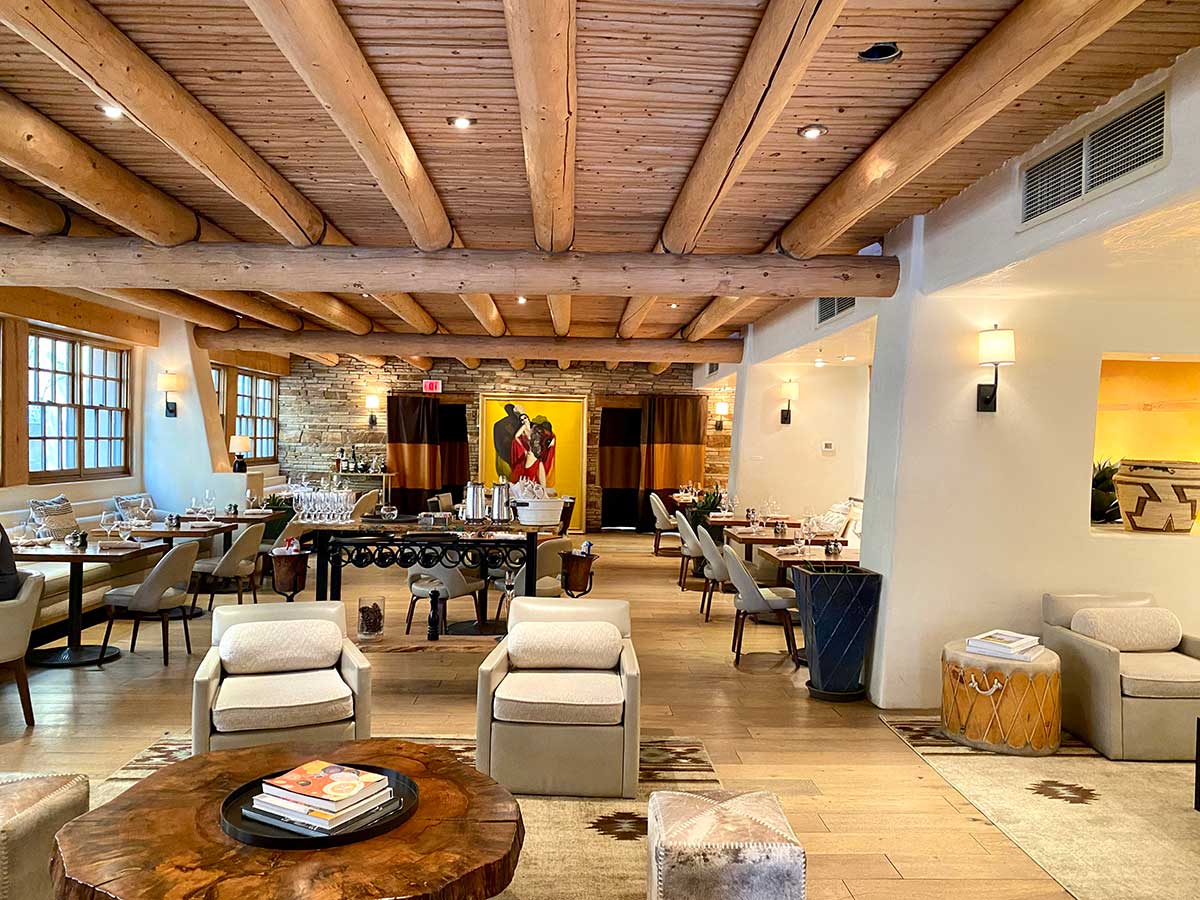 If you like Heating It Up | Pranzo Italian Grill ...Check This Out