Throughout the 19th century, mining was a major industry in New Mexico, for silver, gold, lead, and other ores. There were mining towns all across the state. The ore seemed endless, the profits sure. But change is always just over the horizon.
The latest change facing ghost towns is COVID-19, but you should be safe as long as you wear your mask and follow social-distancing recommendations. Rarely do many people visit these sites at any one time, and mostly you’ll be outside. So, the risk is small, but the historic value is great.

In some places, ore ran out. For silver mines, the proverbial last straw was the Mint Act of 1873, switching the U.S. from the silver to gold standard. Until then, people could take silver bullion to the U.S. Mint and convert it into standard silver dollars. After that date, the price of silver fell so precipitously, many mines simply shut down. Soon after, so did the towns supporting them.

Lake Valley was a mining town about 40 miles north of Deming. It was most famous for its Bridal Chamber mine, with walls of silver so pure miners could cut it easily with a hand saw. The mine yielded $2.7 million, slightly less than $80 million in today’s currency.

There had been 4,000 residents prior to the silver crash. There were nearly two dozen saloons and a few bordellos, along with general stores, hotels, drug store, barbershop, post office, livery, stage line, and assay office. There were also a church, school, and doctor in residence. Within a decade most had left. Partially because of the mines, but also because an angry drunk set William Cotton’s saloon on fire. High winds fanned flames consuming tinder-dry wood, resulting in Main Street and nearly half the town burning.

Not everyone left. Blanch Nowlin, the local dealer for Conoco, lived in her house on Railroad Avenue until 1982. Pedro and Savina Martinez bought the Belle Hotel next door. He lived there until his death in 1994, his wife having died earlier. He had been a Lake Valley resident for 90 years.

The Bureau of Land Management restored the 1907 schoolhouse and turned it into a museum. Mrs. Nowlin’s Conoco store was the original school built in 1880. It’s awaiting a new roof and other restoration. The chapel, where Episcopal services were held until the 1970s, is still there as are the remains of the Keil house, Dr. Beal’s house, and leavings of the mining activities.

You can learn a lot in the museum and just walking around the town. When you visit, be sure to ask why that old safe is sitting in the middle of the street. It’s quite a story.

Lake Valley Historic Townsite
No fees. Open year-round, but closed Tuesday and Wednesday. Drinking water and toilet near the schoolhouse.

The town of Madrid (pronounced MAD-drid), about 50 miles northeast of Albuquerque, has a different story to tell. Coal deposits were first mined in 1835. Coal heated homes and ran steam locomotives. The Cerrillos Coal & Iron Company and the Cerrillos Coal Railroad Company built a spur to the townsite to support the mining. But, because the region had insufficient skilled laborers, like carpenters, the company brought in prefabricated, wooden cabins from as far away as Topeka. For 80 years, Madrid fueled New Mexican homes and trains. After World War II, demand for coal withered. Natural gas replaced coal for home heating, and railroads converted to diesel-electric engines.

Madrid would have dissolved into history if it wasn’t for the fact the homes were owned by corporations. They were on the market at dirt-cheap prices, compared to Albuquerque and Santa Fe and, around 2000, artists began restoring homes as residences, studios, and galleries. Today, Madrid is a thriving art colony, perhaps one of New Mexico’s most successful. You can stroll through shops and galleries, visit the coal mining museum, enjoy lunch, and even take note of the remnants of the town’s initial coal-mining success.

Lincoln, 50 miles northeast of Ruidoso, has yet another tale to tell — one steeped in greed. Lawrence Murphy and John Dolan ran a mercantile. They angered cattle baron John Chisum by misreporting the weight of herds of cattle sold to the army. He encouraged Englishman John Tunstall to open a competitive store. That’s all it took to set the town ablaze. That and the assassination of Tunstall by the Murphy/Dolan gang. The Lincoln County War involved Regulators (self-appointed deputies), Billy the Kid, Governor Lew Wallace (author of Ben Hur), and Pat Garrett, among others. There were gunfights, ambushes, and even the burning of Alex McSween’s house. McSween was Tunstall’s partner. The Murphy/Dolan gang smoked out the Regulators and shot them as they tried to flee.

The story is told in the Anderson-Freeman Visitor Center with its exceptional displays and artifacts. For $5, you get access to the museum, the torreón, Tunstall store, Montaño store, and the Murphy/Dolan store that later was the courthouse, containing the cell from which Billy escaped.

If you’re intrigued by New Mexico ghost towns, be sure to add Cerrillos, Hillsboro, and White Oaks to your list of must-see places. Cerrillos is noted for the turquoise once mined there and for being used as a set in the film Young Guns. There’s the Casa Grande Trading Post, Museum, and Petting Zoo, whose owner has an even more fascinating story to tell you.

Hillsboro, once country seat for Sierra County, is known more for the Ocean Grove Hotel, now the Black Range Museum. It doubled as a bordello and was owned by Sadie Orchard, a colorful character who also drove the stage. You can get directions for the Hillsboro walking tour at sierracountynewmexico.info. Click on about, then Hillsboro.

You’ll not want to miss White Oaks, a few miles north of Carrizozo. Residents once extracted gold from Carrizozo Peak. There are historic buildings to study — like the Gumm House, a well-maintained Painted Lady from Victorian Era, and the Hoyle Mansion, built in 1893 by Watt Hoyle, one of the owners of the Old Abe Mine. You can pop into the No Scum Allowed Saloon — once the Watson-Lund law office — for a cold one. And visit the Cedarvale cemetery. It holds a lot of history — including graves of Susan McSween Barber, Alex McSween’s wife, and Deputy Sheriff James Bell, whose stone proclaims he was “murdered by William Bonney, AKA Billy the Kid.” And you just have to ask why John Winters’ grave marker is turned ninety degrees to all the others. The answer will put a smile on your face.

There are a lot more ghost towns across New Mexico, each with its own history and story. So, step back in time and take a day trip . . . and don’t forget to take the kids, whose eyes will be wide with wonder.

Lincoln townsite
Hours, directions, and dining at the Dolan House at nmhistoricsites.org 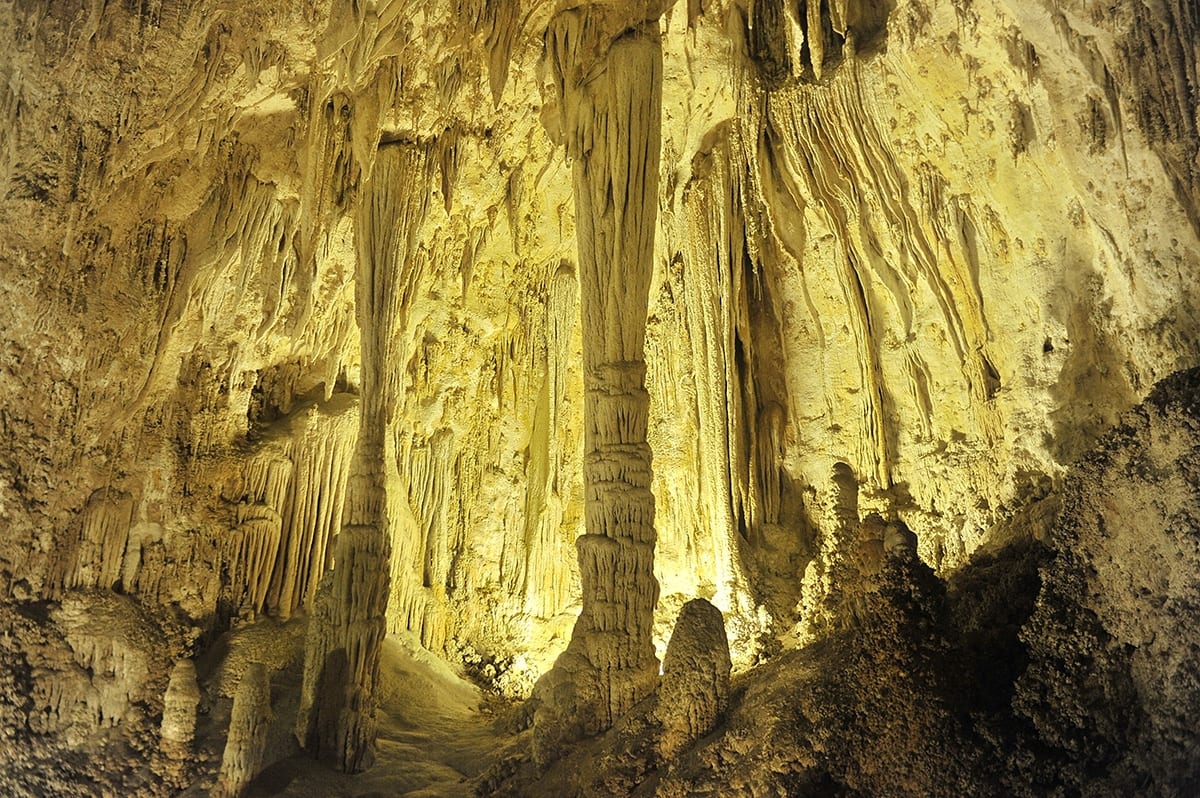 If you think you’ve seen everything that shines in New Mexico, just look up at the night sky from Cosmic Campground and you’ll find even more to admire. Las Cruces astrophotographer Bob Kimball, a retired college dean from Michigan, describes it as a place where coyotes serenade visitors during the beautiful, quiet nights. When he visits, he is often accompanied by his 4-inch refracting telescope as well as other astrophotographers from Las Cruces. Cosmic Campground International Dark Sky Sanctuary (CCIDSS), … Read More

I had been thinking about this mission for a long time and I finally find myself in the Santa Fe library seated in front of this antique microfilm viewer the size of a small refrigerator and I have loaded the reel containing the early 1958 issues of the Santa Fe New Mexican. I was not sure why I had this unremitting need to know more about Alfred Morang. I had first seen his work painted on the adobe walls across … Read More

If you like New Mexico Road Trip | Ghost Towns ...Check This Out