Santa Fe Opera General Director Robert K. Meya announced today the repertory and casting for the company’s 2023 Season and revealed its 19th world premiere slated for 2024. Opening the opera’s 66th Festival Season will be Puccini’s Tosca and Wagner’s The Flying Dutchman, followed by Debussy’s Pelléas et Mélisande, Dvořák’s Rusalka, and Monteverdi’s Orfeo with a world premiere orchestration by American composer Nico Muhly. In 2024, the company has commissioned a new opera by two of America’s most exciting talents, composer Gregory Spears and former US Poet Laureate and Pulitzer Prize-winner Tracy K. Smith titled The Righteous, which will explore the intersection between religious faith and political power. The piece marks the second operatic collaboration between Spears and Smith, whose Castor and Patience will receive its world premiere at Cincinnati Opera this July. Speaking by video from Stieren Orchestra Hall, Meya expressed delight over the future season, stating, “We will bring five new productions to the stage, each carefully chosen. Monteverdi, Debussy and Dvořák are paired with audience favorites by Puccini and Wagner.”

Meya noted that the 2023 Season marks the 50th anniversary of the company’s Pueblo Opera Program. Since 1973, children and families from New Mexico’s 19 Pueblos and three reservations have come to the Santa Fe Opera to take part in a music program founded on the shared value and respect for the power of storytelling. The Pueblo Opera Program is guided by an advisory council that includes many past participants and Tribal Elders from around the state. To commemorate its 50th anniversary, Meya confirmed that the Pueblo Opera Cultural Council has engaged filmmaker Beverly Singer of Santa Clara Pueblo to create a documentary about this unique program.

Scheduled in the 66th Festival Season are 38 performances including two special Sunday evenings featuring the opera’s singing and technical apprentices in staged Apprentice Scenes on August 13 and 20. The company holds to its mission and time-tested programming model: a balanced and varied repertory of new, lesser performed and standard works. Opening on June 30 and July 1, 2023, are two standard works, Tosca and The Flying Dutchman, followed by two lesser performed works, Pelléas et Mélisande and Rusalka, on July 15 and 22. Rounding out the season and presented for the first time on July 29 will be Monteverdi’s seminal Orfeo.

Leading performances of both Orfeo and Pelléas et Mélisande, Music Director Harry Bicket notes, “It’s a serendipitous moment that SFO plans Monteverdi’s Orfeo and Debussy’s Pelléas in the same season because Debussy was trying to find a musical language that matched the natural speech rhythms of French in the same way that Monteverdi was trying to do for the Italian language a few hundred years earlier. Both operas share dream-like atmospheres where there is no real time or place, but which are inhabited by real human beings suffering vividly real heartbreak.”

Tickets for the 2023 season are on sale now at santafeopera.org. See the dates for each opera below.

The Santa Fe Opera’s 66th Festival Season opens on June 30, 2023, with one of opera’s greatest works, Puccini’s Tosca in a new production directed by Keith Warner with scenery and costumes by Ashley Martin-Davis and lighting design from Allen Hahn. Seasoned opera goers and newcomers alike are drawn to Tosca for its theatricality fueled by love, jealousy and political intrigue as relevant today as when it premiered in 1900 at Rome’s Teatro Costanzi.

THE FLYING DUTCHMAN | Condemned and sailing the stormy seas.

Opening July 1, 2023, is a piece not heard on the Santa Fe Opera stage in over 30 years: Richard Wagner’s The Flying Dutchman. Stage Director David Alden, who has directed every other Wagner opera, is excited to give us this powerful new production set during the Industrial Revolution. Paul Steinberg provides the scenic design with costumes from Constance Hoffman and lighting by Duane Schuler. In this retelling, the legend of a ghost ship forever condemned to sail the seas takes on psychological depths. Will the characters find escape from torment and redemption through love?

Not seen on the Santa Fe Opera stage since 1977, Debussy’s masterpiece Pelléas et Mélisande is presented from July 15, 2023, in a riveting new site-specific production directed and designed by Netia Jones, who presented A Midsummer Night’s Dream in the 2021 Festival Season. With Pelléas, Debussy’s orchestra is a character of its own; one of the 20th-century’s most influential scores propelling a visceral drama that never fails to move.

RUSALKA | Will she become part of his world?

Dvořák began writing Rusalka late in his career when he had turned his attention almost exclusively to mythical themes. With echoes of Hans Christian Andersen’s The Little Mermaid, the opera weaves the tale of a water nymph who pays the highest price for the chance to love a human. Responding with sharply contrasting vocal styles and sound worlds for the opera’s mortal and supernatural characters, Dvořák vividly portrays the impossibility of merging the two and the despair of the individual caught between them.

Led by conductor Lidiya Yankovskaya in her company debut, the company welcomes back soprano Ailyn Pérez to sing the title role. Tenor Robert Watson sings the role of the Prince and soprano Mary Elizabeth Williams is the Foreign Princess, both in their company debuts. Mezzo-soprano Michaela Martens is Ježibaba and bass James Creswell sings Vodník. Susanne Sheston is the Chorus Master.

Rounding out the 2023 Festival Season on July 29, 2023, will be the world premiere of a new orchestration by Nico Muhly of one of opera’s earliest written and regularly performed works, Monteverdi’s seminal Orfeo. Says Muhly, “For me, the main challenge in re-orchestrating Orfeo is realizing the continuo parts; everything needs to be, note-for-note, the same as the original, but with a modern musician’s sensibility about embellishment and ornament. Here, I’m trying to use color and timbre to achieve this, where the continuo has a more explicit relation to the plot: a sense of textural allure from the pit.”

Adds Music Director Harry Bicket, who will conduct, “The first 20th-century revivals of this piece, which at the time had not been performed in 300 years, were all contemporary orchestrations of the score by composers such as d’Indy, Hindemith, Casella and Berio. The Santa Fe Opera is following that tradition by commissioning an unashamedly 21st-century look at a 17th-century opera seen through the prism of a young composer who includes among his influences the music of Byrd, Handel and Gibbons.”

Mirroring this contemporary approach to the work, the direction is in the hands of Yuval Sharon in his company debut. He is joined by a remarkable team each also making Santa Fe Opera debuts:
Alex Schweder and Matthew Johnson give us the visual environment and Yuki Nakase Link and Hana S. Kim provide the lighting and projection designs.

One of the greatest exponents of the title role, superstar tenor Rolando Villazón, makes his company debut. Soprano Lauren Snouffer will come to Santa Fe for the first time to sing the roles of La musica and La speranza, mezzo-soprano and former Apprentice singer Paula Murrihy sings La messaggera, James Creswell is Caronte and baritone Blake Denson is Plutone. Susanne Sheston is the Chorus Master.

With most recent or upcoming opera appearance New Mexico is a state rich in cultural significance, and a history that continues to stir the imaginations of artists and patrons worldwide. Sometimes, for those of us living in the Land of Enchantment, it’s hard to see the trees for the forest, and that’s where Museum Hill comes in. Made up of the Museum of Indian Arts and Culture, the Museum of international Folk Art, the Museum of Spanish Colonial Art, the Santa Fe Botanical Garden, and the Wheelwright … Read More Say ¡Bienvenidos ! to a new tradition in the Santa Fe holiday calendar, a Día de Muertos (Day of the Dead) celebration. Said to have originated in Mexico, Día de Muertos represents a time to honor and reconnect with the dead in a uniquely beautiful and meaningful manner. Join the commemorative events on the Santa Fe Plaza on Friday, October 28, from 4 – 10 p.m. and Saturday, October 29, from 10 a.m. – 10 p.m. The event is free and all are welcome to honor … Read More 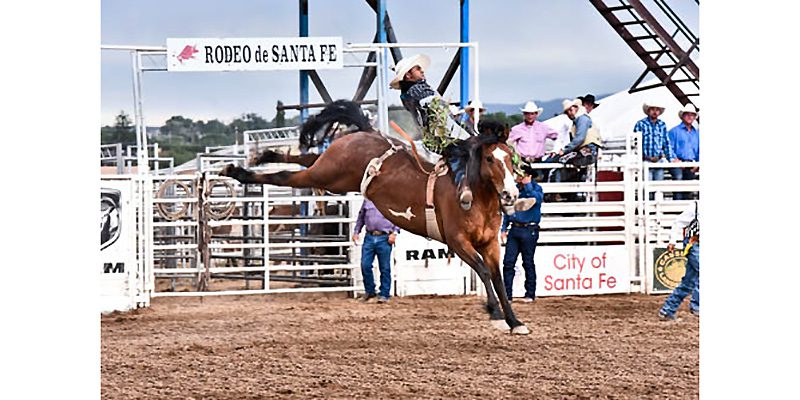