Back to Taos | A Return to Basics

Last week I was fortunate to get to spend part of three days and two nights at Taos Ski Valley, where as a child my family used to visit for three or four days around New Years Eve. I have many fond memories of skiing on the seemingly impossibly steep slopes during the day and sledding on Ernie Blake Road in the evenings, sneaking into the Thunderbird Lodge to play ping pong, or onto the packed dance floor at the St. Bernard as the clocks chimed midnight.

Return visits over the years built up a store of other memories: wonderful meals at the St. Bernard, or more lately, the Blonde Bear or the even newer restaurant at The Blake; dancing at the Martini Tree to the Jimmy Stadler’s excellent bands; or attending one of the many annual special TSV events, from the extreme skiing comps to film screenings and beer festivals.

My return visit revealed a very different experience in this, the year of the plague, but it was still a very satisfying and fun outing. “We’re really looking at it as a ‘return to the basics,’” noted TSV spokesperson Erin Dolin. “This season it’s all about skiing and being on the mountain, as we work to limit indoor gatherings throughout the resort in an effort to mitigate risk and adhere to New Mexico’s COVID Safe Practices.”

Indeed, the focus was firmly on the actual skiing, which in today’s mountain resorts can sometimes be eclipsed by what happens off the slopes. With lift ticket sales limited to just one-quarter of the norm, I often found myself entirely alone on the slopes, and skied right onto every chair. I did one hike and descent off West Basin Ridge each day and only once found two other guys making the trek. The lack of boarders and skiers also meant I was able to actually find some untracked lines of foot-deep powder, in the superb Wild West Glades, a full week after the most recent snowfall. Several skiers mentioned how nice it was to ski without the worry of someone running into them, and the mood was really relaxed and unhurried.

The downside was a distinct absence of high energy on the slopes, which sometimes feeds one’s enthusiasm for getting after it and pushing the limits. But the extra peace and quiet was appealing and allowed one to really absorb the beauty of TSV’s high-alpine environment: the striking slopes of nearby Wheeler Peak and vast swath of Gold Hill, the plunging Rio Hondo Valley, the sweep of mesas to the west and the jagged edge of the distant San Juans of Colorado as clouds raced by under a deep blue sky.

But if you’ve come for the après ski food and carousing scene, you’d be sorely let down. Sadly, the venerable Hotel St. Bernard — the heart and soul of TSV — is not even open this season. Its beloved founder Jean Mayer passed away in 2020 and the property has been sold to TSV Inc. They plan to re-open it, but kept it shuttered this season while determining its future. Another TSV institution, The Stray Dog, has also shut down, and The Blake’s wonderful restaurant and bar, named 192, is not operating at this time. The Blonde Bear Tavern, in the Edelweiss Lodge, and the Hondo Restaurant, in the Snakedance, are open for takeout dinner orders but are both currently closed on Mondays and Tuesdays. The pizza joint is gone, and Rhoda’s is only serving a limited lunch menu and breakfast burritos. The Bavarian at the foot of Kachina Basin is only open for lunch with a very reduced menu, but the German beers, thank Dios, are still being poured.

So, it is back to basics, with the emphasis clearly on the skiing itself. Fortunately for TSV, that is as it’s always been — superb. I made a point of trying to sample every portion of the mountain from one side to the other, from mellow classic groomers like Porcupine, Honeysuckle, and Lower Stauffenberg to more challenging Hunziker Bowl and West Basin. I sampled the excellent corduroy on Totemoff and Maxie’s, and found that more thinning has been completed in the Wild West Glades, which is now a sprawling zone of terrific tree skiing stretching out in every direction. You could ski it a dozen times and not repeat a line. Likewise, the newish tree runs Ernie’s and North American have gotten better and better, and I found some untouched powder there as well. The cold and shaded chutes off West Basin Ridge, like Stauffenberg and Zdarsky, which face north, held chalky and carvable snow even in the above-freezing temperatures.

And, amazingly, as much as I’ve poked around TSV looking for new terrain, I came across a run on the first-developed portion of the mountain, its frontside, that I’d never been on. In the past I have skied Rhoda’s, which feeds into Inferno, but exploring along Inferno’s right edge this trip where it takes its first hard turn left, I discovered Rhoda’s has been extended into middle and lower legs that drop through massive Engelmann spruce trees to eventually pop you out on Snakedance. TSV continues to provide new surprises, even in the COVID era.

Next week we’ll have notes from TSV’s CEO David Norden about the current state and future of New Mexico’s world-class ski area.

TSV averages 305 inches of snow a winter and currently has a 47–inch base at mid-mountain. From the top of Kachina Peak, it has a vertical drop of 3,274 feet. The Kachina Peak Chair remains closed but should be spinning in late February, according to TSV authorities. All of the hike-to West Basin Ridge runs are open, and about half off Highline Ridge, plus almost every other lift-served run on the mountain.

The Blake, the resort’s premier lodging with its superb collection of New Mexico art by the likes of Georgia O’Keeffe and wonderful historic photos, is open. Recently picked as the fourth best hotel in the state by US News & World Report, this includes its onsite ski shop and rental operation, but its bar and restaurant are currently closed. Its sublime saltwater pool is available, but not its spa or its normally free steam rooms and hot tubs. For details, call 575-776-5335.

Other lodging, much of it including kitchenettes, is widely available in the valley — from the Brownell Chalet to the Sierra del Sol condos and Alpine Village Suites. Visit www.taosskivalley.com for complete listings. Restaurant services, as detailed above, are limited.

The Ernie Blake Snowsports School, one of the best in the nation, is open to small private groups, and the Children’s Center is in operation. Call for reservations. Lift tickets must be bought online in advance of your visit, and are picked up at the skier drop-off point on Thunderbird Road. Parking lot shuttles are not running this year.

For more details and reservations for TSV services, call 800-776-1111 or visit www.skitaos.com. We may be social distancing, but the birds are not. As fall creeps in, migratory birds take flight on annual journeys to their winter homes, and for birders, it’s an ideal time to spot species in New Mexico that you can’t see year-round. One such bird is the sandhill crane, which breeds in northern areas of the United States and across Canada in summer, then migrates to southern states in late October. Thousands of sandhill cranes, which mate for life … Read More George Boyden is a self-made, one-of-a-kind man. Now 77, he still skis fast and fluidly at Taos Ski Valley, drives a Harley, and takes meticulous care of his trademark handlebar mustache. Modest and unassuming, you’d never know he was once responsible for helping to build and run one of the world’s engineering marvels, the Sandia Peak Tram, and served for many years on committees that oversee operation of tramways, chairlifts, and other cable lift systems globally. Not bad for a man who dropped out of college to pursue a job working at Vail, especially when that job failed to materialize. 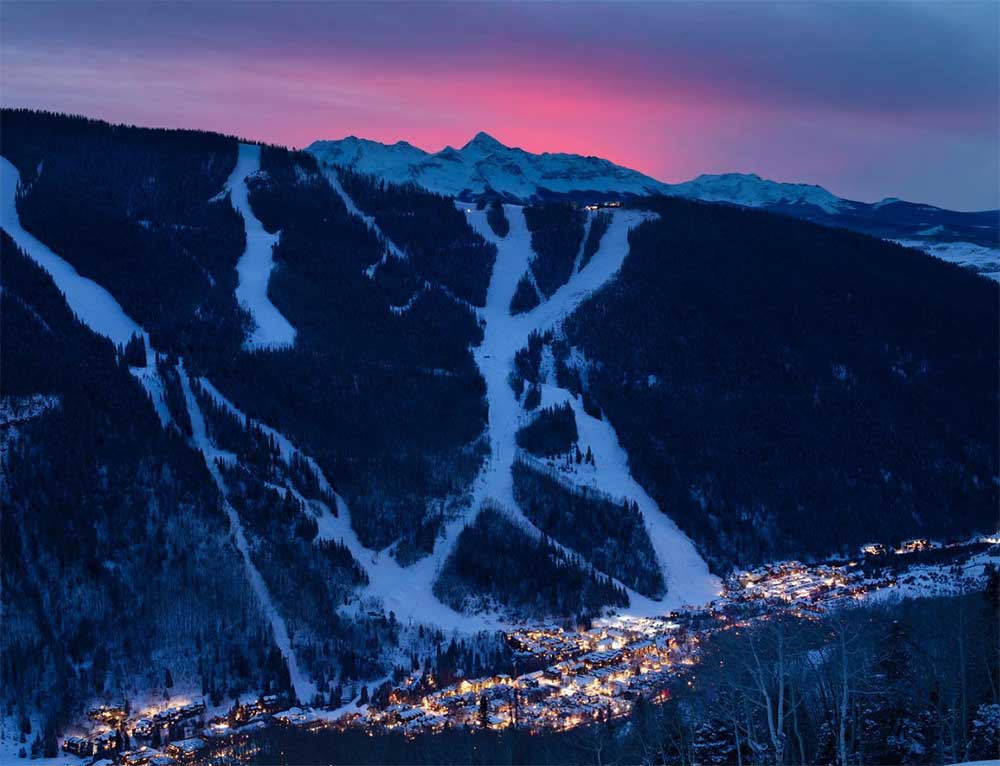 In addition to the numerous changes to be found at Taos Ski Valley and a few at Ski Santa Fe, as reported in last week’s column, here’s a look at other improvements made at regional ski area in the off-season. Conditions and open status of the areas as of Dec. 8, 2021, are found at the bottom of the article.