Home » Articles » Where the Locals Eat in Santa Fe By The Gourmet Girl, Lynn Cline

Santa Fe has more places to eat per capita than a lot of major cities in the country. This may explain why it’s so hard for locals to name their single favorite Santa Fe restaurant. The answer may depend on factors like what mood we’re in to the season, the day of the week or time of day. Any list that purports to name locals’ favorites is bound to cause controversy, especially if yours isn’t on it. But here’s a start at that list, offering a few undeniable favorites. Take a look and then let us know your top picks, if they’re not listed below, so we can add them.

The Pantry is longtime local’s favorite. The family-owned diner’s motto says it all: “Santa Fe’s meeting and eating place since 1948!” The food here is made from scratch and breakfast is served all day. Grab a seat at the counter where you can watch customers come and go, greeting the staff and other customers like longtime friends—that’s because they are. Or, sit in one of the dining rooms, where you’ll quickly become friends with your server and neighboring diners. It’s the kind of place where you just feel at home, even if you’re not a local. The Pantry’s huge menu offers something for everyone, from a light spinach berry salad to burgers, traditional New Mexican fare and diner classics such as chicken fried steak and a gravy smothered hot turkey sandwich. Leave room for dessert because you’ll want to try the homemade tres leches cake or blueberry cheesecake. The Pantry’s so popular that the owners opened two more locations, The Pantry Dos, in Oshara Village, and the Pantry Rio downtown on Galisteo.

We’ll start with a restaurant that helped put Santa Fe on the world’s culinary map. Celebrated chef Mark Miller opened the legendary Coyote Cafe in 1987, after working at Alice Waters’ revolutionary Chez Panisse in Berkley. From the moment the Coyote opened its doors, the Southwestern restaurant has never gone out of style. A few signature entrées have long been on the menu, such as mesquite grilled lobster tails with house-made sweet corn guajillo papardelle and telicherry peppered elk tenderloin, a creation of the brilliant Eric DiStefano, the Coyote’s former executive chef who left us way too soon.

Today, the Coyote is owned by consummate restaurateur Quinn Stephenson, who recently bought Santacafe, another landmark dining institution that locals love. The Coyote’s kitchen is helmed by Chef Dakota Weiss. When it comes to celebrating a special occasion, locals love to splurge at the Coyote Cafe. If you’re looking for a more wallet-friendly option, the rooftop Coyote Cantina offers more casual food and lofty views of downtown Santa Fe. Check out their video. It’s not every day that a restaurant marks its 25th anniversary, but 315 Restaurant & Wine Bar celebrated just that in 2020. It’s a rare feat to reach a quarter century and also a sign that chef/owner Louis Moskow has long been doing something right. This romantic French bistro-style spot is always an inviting and welcoming place to be, whether you sit at the intimate wine bar and learn about varietals from the knowledgeable barkeep or at a table in well-appointed dining areas. Sit back and imagine you’re in Paris as you savor fresh oysters on the half shell, duck cassoulet and profiteroles. From February 1 to March 1, celebrate 315’s birthday with a deeply discounted prix-fixe menu and savor Moskow’s greatest hits, including country pate, French onion soup, Toulousian cassoulet and crème brûlée. The food here is so deliciously French that, after a meal, you might find yourself speaking French, or at least English with a French accent.

Stop by Joe’s Dining anytime and it always seems to be filled with happy diners. It’s a hot spot with locals as well as visitors, and it’s not just because the food is great. It’s also because owner Roland Richter shops the Santa Fe Farmer’s Market so regularly that Joe’s Dining is the biggest restaurant buyer there. You can taste this dedication to local, sustainably grown ingredients and grass-fed, grass-finished beef in such dishes as the five-stack blue corn piñon pancakes with house-made sausage, house-smoked BBQ brisket plate, and the daily blue plate specials. Joe’s Dining is devoted to food that is delicious and healthy, creating customers that are devoted to this diner-style restaurant. Check out their video. Mother’s Day has long been associated with treating mom to brunch. There’s a delicious and very special option this year at Bishop’s Lodge, created by their new chef, Chef Pablo. The brunch at Skyfire was inspired by his mother and grandmother. Brunch includes a choice of appetizer, entrée, and dessert, along with two glasses of Gruet, two mimosas, or one bloody Mary. The brunch is $98 per person over the age of 12, kids 5 to 12 are $24, and … Read More

Terra at Four Seasons Rancho Encantado | Heating It Up When I crave a stunning New Mexico view along with a top-quality meal or drink, often as not, I find myself at the Four Seasons Rancho Encantado. The hotel nestles into 57 high-desert acres on the northern stretches of Tesuque village. It’s not even necessary to keep track of when Terra restaurant and bar are serving because — as resort hotel amenities — breakfast, lunch, dinner, and drinks are available every single day. At a time when it takes an … Read More

If you like Where the Locals Eat in Santa Fe ...Check This Out 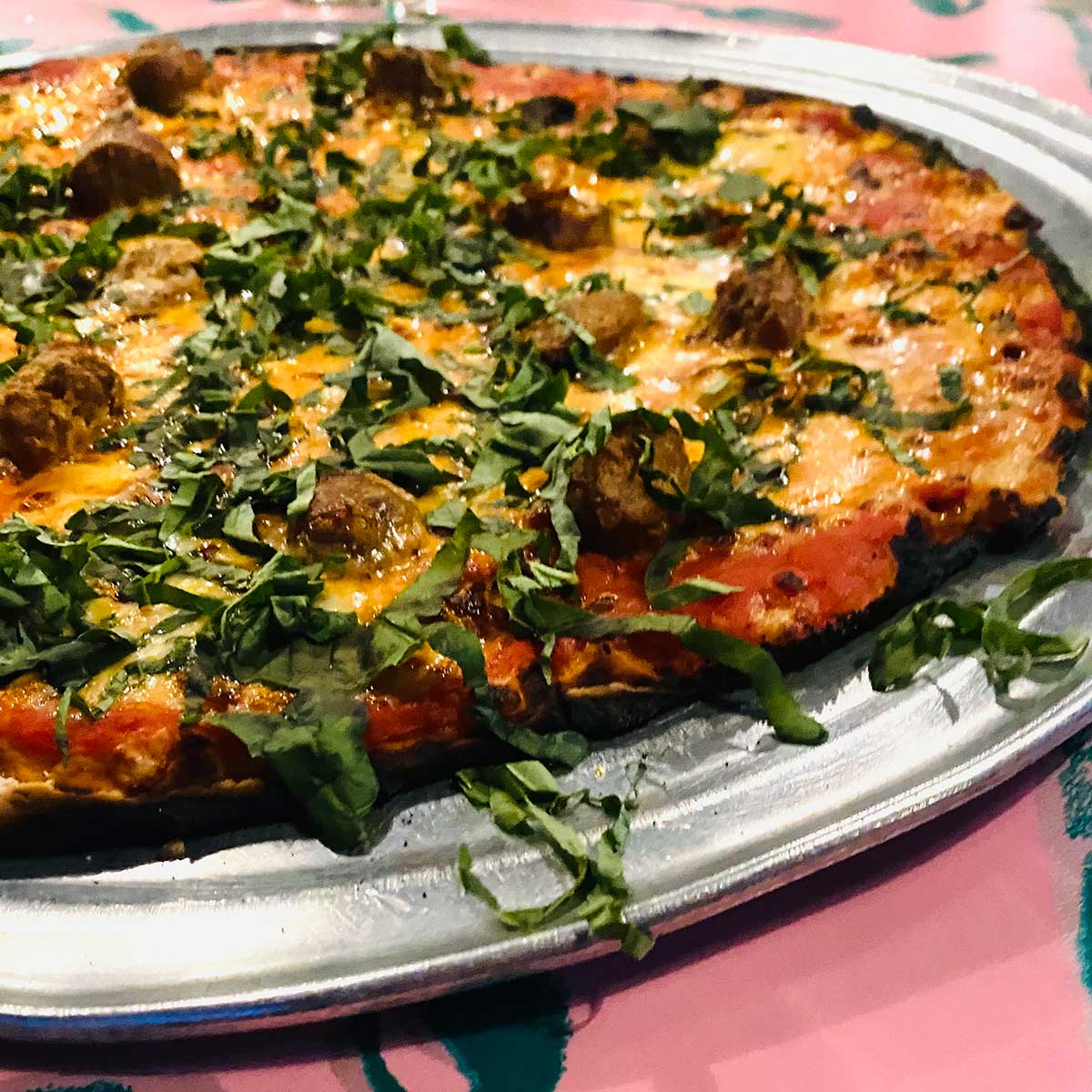