According to the FWS website, an NWR is “a contiguous area of land and water. . . for the conservation and, where appropriate, restoration of fish, wildlife, and plant resources and their habitats for the benefit of present and future generations of Americans.” Wildlife conservation drives everything at an NWR including recreation opportunities, and each refuge “targets the conservation of native species dependent on those lands and waters.” More than 75 percent of NWRs are open to the public.

We asked the park rangers at each of the New Mexico NWRs to tell us a little about these enormously important and beautiful places, and this is some of what they said.

An oasis in the desert, Bitter Lake NWR is an ecological crossroads where the Chihuahuan Desert meets shortgrass prairie, the Pecos River, and the Roswell artesian basin. Established in 1937, the 24,536-acre refuge is one of the more biologically significant wetland areas of the Pecos River watershed system. The refuge has documented 357 species of birds, 59 species of mammals, more than 50 species of reptiles and amphibians, 24 types of fish, and more than 100 species of dragonflies and damselflies. Bitter Lake NWR protects and provides habitat for some of New Mexico’s most rare and unusual creatures such as the least shrew, Noel’s amphipod, least tern, Pecos sunflower, and Roswell spring snail, as well as for migratory birds.
fws.gov/refuge/bitter_lake

Bosque del Apache NWR is an internationally recognized wildlife haven just outside of San Antonio. From sweeping desert wilderness to lush wetlands, this national public land offers a variety of ways to explore: a tour loop, nature trails, a boardwalk, and observation decks.

Famous for the Festival of the Cranes (a virtual event in 2020 and 2021), the 57,331-acre refuge is intensively managed to re-create the habitat that existed when the Rio Grande “ran wild.” Before this management began in the 1930s, the damming and channelization of the river (and consequent loss of floodplain habitat) meant the number of migrating cranes that wintered at what is now the Bosque del Apache plummeted to only a few dozen. Today, between October and February, the Bosque del Apache is the winter home for as many as 50,000 snow geese, 40,000 ducks, and 15,000 greater sandhill cranes. If you are an “early bird,” you can watch the geese and the cranes lift off en masse at sunrise.

The name of this little-known NWR means “crane” in Spanish. According to the website, the refuge is “a protected roost site for lesser sandhill cranes and provides quality winter habitat for migratory waterfowl.” In 2005, 100,000 cranes were documented. Equally exciting, in the spring, prairie chickens can be heard booming “across the prairie all the way across the state line into Texas,” according to the refuge’s website.

Of its 3,230 acres, 2,330 are the (often dry) Salt Lake, the amount of water in which depends on rainfall. Grulla NWR’s sister refuge is Muleshoe NWR, about 25 miles away across the Texas border.
fws.gov/refuge/grulla

Las Vegas NWR was established in 1965 by the authority of the Migratory Bird Conservation Act for the benefit of migratory birds. The 8,672-acre refuge is one of the few sizeable wetland areas remaining in Northern New Mexico. It is open to the public for wildlife-dependent recreation, including wildlife watching, hiking, hunting, educational and interpretive programs, and special events. Located at the base of the Sangre de Cristo Mountains and the edge of El Llano Estacado, the refuge landscapes also include the Rocky Mountains and eastern prairies.
fws.gov/refuge/las_vegas

Established in 2012, Rio Mora NWR is located in a transition zone between the Great Plains and the Southern Rocky Mountains. This shortgrass prairie supports riparian wetlands, piñon/juniper/oak, coniferous forests, and canyons. Five miles of the Mora River meander through the 4,224-acre refuge and American Plains Bison roam through the variety of habitats that support a wide range of animal and plant life.
fws.gov/refuge/rio_mora

According to the website, San Andres NWR contains the largest intact area of Chihuahuan Desert in the United States. The refuge’s relatively undisturbed 57,200 acres are ideal for bighorn sheep as well as many other species such as mule deer and mountain lions. More than 150 species of birds inhabit the refuge for all or part of the year, as do at least 13 species of bats.

The vegetation is mostly grasses and shrubs like creosote, small cacti, yuccas, and agave. Piñon pine and juniper cling to higher slopes, and springs and canyons support desert willow and Apache plume.
fws.gov/refuge/san_andres

The timeless beauty of Sevilleta NWR encompasses 360 square miles, where you can explore nine miles of trails, visit the picturesque San Lorenzo Canyon, or enjoy the allure of the majestic Rio Grande. The refuge is rich in relics from the past and home to a wide diversity of wildlife and geologic features.
fws.gov/refuge/sevilleta

Located on the ancestral, traditional, and contemporary lands of the Tiwa peoples, Valle de Oro NWR is a designated Urban NWR. A former dairy farm, the majority of the property is still in agricultural fields. Long-term plans are to make the refuge into a mosaic of native Middle Rio Grande Valley habitats and an oasis for both wildlife and people. Staff, partners, and the community are collaboratively building this refuge from scratch, keeping in mind wildlife, people, environmental justice, and more.
fws.gov/refuge/valle_de_oro 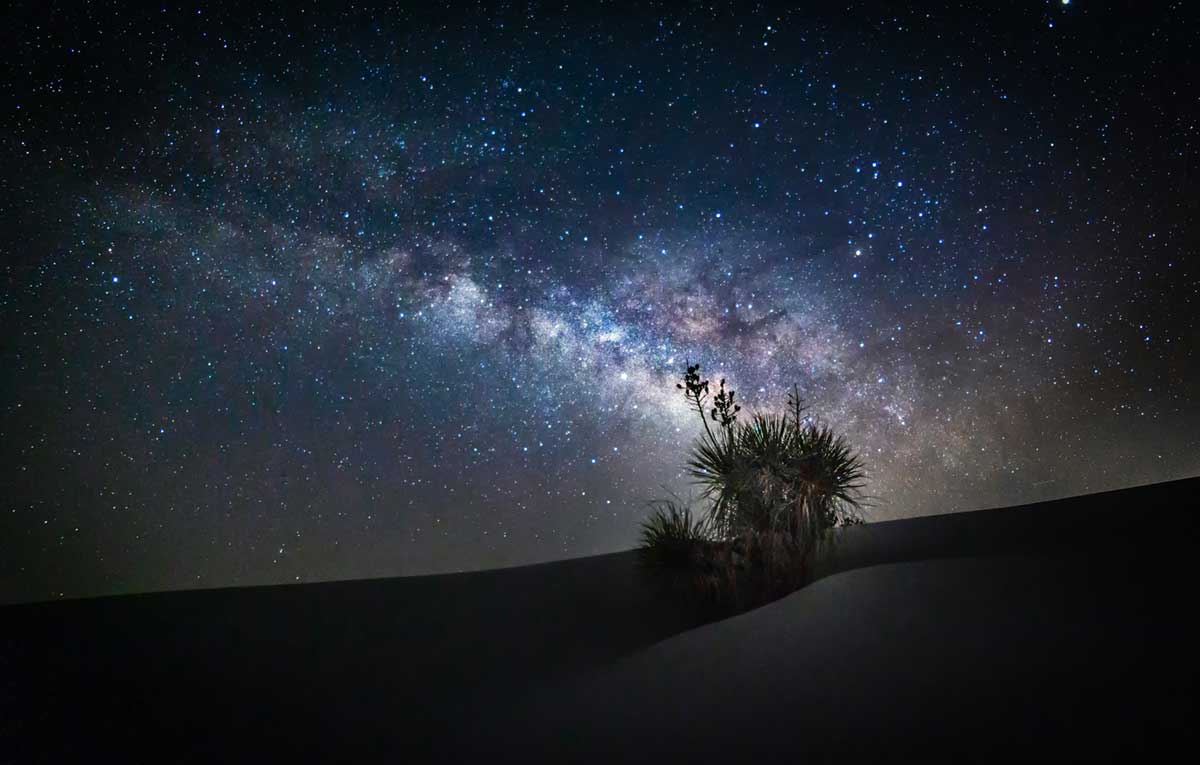 Viewed from 9,000 feet elevation on the front lawn of The Lodge Resort in Cloudcroft, distant White Sands shimmers as an immense snow-white expanse on the Tularosa Basin’s tawny desert landscape that stretches to the western horizon. Mystery and Majesty This 275-square-mile anomaly of undulating gypsum sand dunes, established as a national monument in 1933, has drawn humans for more than 10,000 years to its otherworldly environs. Today, even in the midst of a pandemic, the recently designated national park … Read More 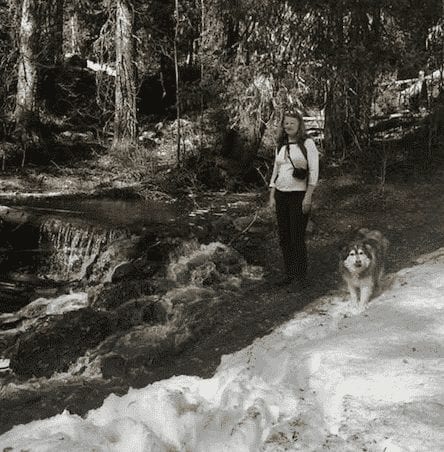 Wheeler Peak is the highest natural point in the U.S. state of New Mexico. It is located northeast of Taos… When you think of the desert, scuba diving likely doesn’t come to mind. But not only can you scuba dive in the desert, you can also get certified and buy gear here as well. Several organizations throughout New Mexico and El Paso, Texas, offer scuba training, equipment, and trips. For example, there’s Scuba Connection LLC in Carlsbad, El Paso Dive Group/School, The Scuba Company in Albuquerque, and Kaizen S.C.U.B.A. in Santa Fe, to name a few. “A lot of people … Read More

If you like New Mexico Road Trips | National Wildlife Refuges ...Check This Out Ready to hit the road and start exploring New Mexico again? Me, too! But after a year of mostly staying home, we may need a little help finding inspiration for our road trip adventures. I’ve come across some handy books that will help you plan those excursions, whether you’re looking to find lovely campsites, delicious meals, or enchanting drives. In fact, with a little cross-referencing, you can use many of the books in this article to take a deep dive … Read More 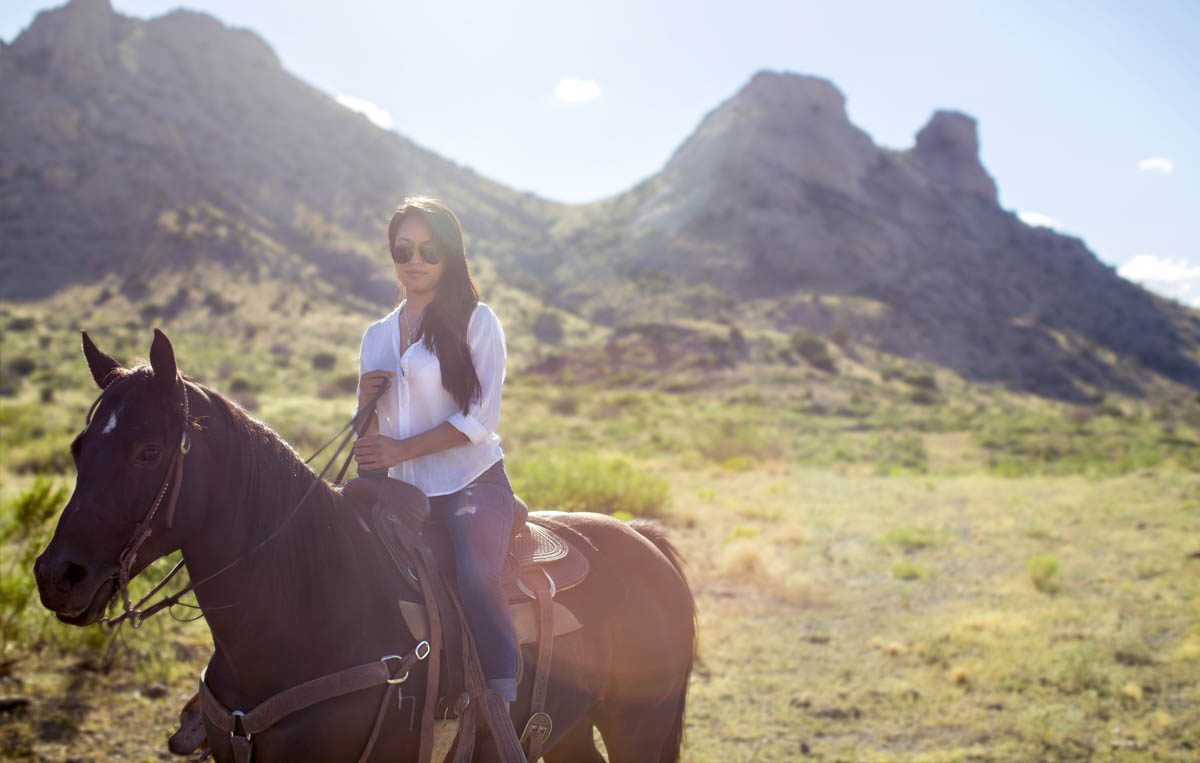 The Bell Tower Rooftop Bar @ La Fonda On The Plaza